A small randomized placebo controlled trial using IV glutathione over 4 weeks showed that it was well tolerated: “Preliminary efficacy data suggest the possibility of a mild symptomatic effect, but this remains to be evaluated in a larger study.”

Another small randomized placebo trial using nasal glutathione over 3 months showed improvement in total Unified PD Rating Scale (UPDRS) (-4.6 (4.7), P = 0.0025) and UPDRS motor subscore (-2.2 (3.8), P = 0.0485) over baseline. However, there was also a strong placebo effect, so the authors recommended reproducing the study with a larger group and longer duration.

Glutathione is used by the famous neurologist, Dr David Perlmutter, for degenerative diseases such as Parkinson’s.

A review and discussion stated: “ROS production is significantly increased in cancer cells because of mitochondrial dysfunction, altered metabolism, and frequent genetic mutations, resulting in an accumulation of large amounts of oxidized protein, DNA, and lipids… as an adaptive response, cancer cells harbor elevated levels of ROS-scavenging molecules. Antioxidant mechanisms include enhanced expression of molecules that can modulate ROS accumulation by both enzymatic and nonenzymatic means…Glutathione (GSH) is an antioxidant that acts as a free radical scavenger and a detoxifying agent in cells. It is useful in a multitude of processes, cellular proliferation, cell division, and differentiation, and is the most commonly elevated metabolite detected during oxidative stress.

A study compared individuals with Diabetes Mellitus, Impaired Glucose Tolerance, and normal controls: “The mean levels of GSH in subjects with DM were significantly reduced compared with IGT or normal subjects… we came to the conclusion that GSH deficiency was of great significance in the pathogenesis of Diabetes Mellitus.”

A small control study “Compared to non-diabetic controls, patients with T2DM have glutathione deficiency, especially if they have microvascular complications. This is probably due to reduced synthesis and increased irreversible utilization by non-glycemic mechanisms.”

A randomized, double blind, placebo-controlled study showed that “subjects who received GSH showed a significant reduction in wrinkles compared with those taking placebo. A tendency toward increased skin elasticity was observed in GSH and GSSG compared with placebo.”

Several randomized controlled trials also showed some evidence that GSH can act as a skin-whitening agent to some parts of the body or to certain age groups.

Oxidative stress occurs when there is an imbalance between the production of free radicals and the body’s ability to fight them off. When levels of oxidative stress in the body become too high, multiple diseases may begin to develop. These diseases include Diabetes, Cancer, Autism, Parkinson’s Disease, Fibromyalgia, Chronic Fatigue Syndrome/ME, Hashimoto’s, Rheumatoid Arthritis, and many others.

Glutathione helps stave off the impact of oxidative stress, which may, in turn, reduce disease and its associated symptoms:

All medications have the potential for side effects. Side effects may vary based on the individual.

Most Common GSH Side Effects

Signs of an allergic reaction to glutathione may include hives, itching, swelling of the face or lips, tongue or throat, or difficulty breathing. If any of this occurs, discontinue use and seek emergency care.

Avoid taking glutathione if you’re sensitive to it or allergic to any related ingredients. Do not use GSH if you are pregnant or breastfeeding.

All information included on this page is a summary. It may not cover all possible information. If you have questions about this medication, talk to a doctor, pharmacist, or health care provider.

Note: The above statements have not been evaluated by the Food and Drug Administration. This product is not intended to diagnose, treat, cure, or prevent any disease. 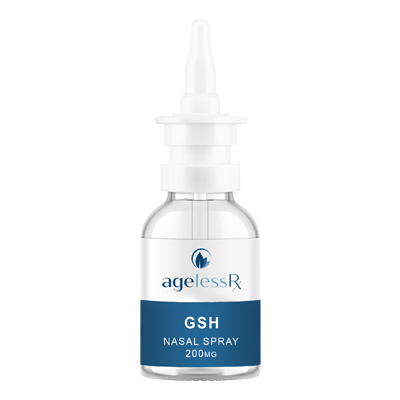 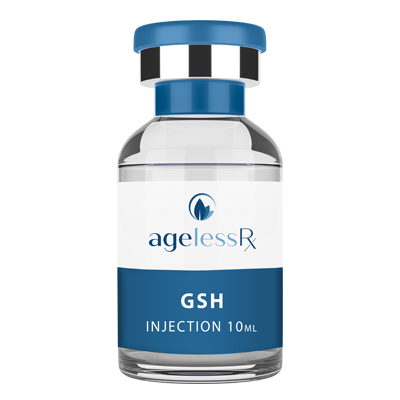